Shift to a User-Centred Perspective

A2JBC encourages a culture shift in the justice system towards user-centred, collaborative, and experimental projects and initiatives, which are based on evidence. We call this the A2JBC Approach.

The key to the A2JBC Approach is shifting to looking at the justice system from the user’s perspective. Changing our perspective like this has the power to be transformative.

From the perspective of the user, the justice system looks different. For example, families going through the transition of separation face social problems with legal aspects, not legal problems with social aspects. When those within the justice system start to look at the system from the family’s perspective, they begin to design changes that take into account such things as financial pressures, increased psychological stress and parenting obligations of family members.

A user-centred perspective leads to a multi-disciplinary, collaborative approach. That’s because, from the point of view of the user, legal problems are usually only one aspect of a larger problem that has economic, social, psychological and other aspects. People who work in other sectors, and professionals from other disciplines, have important insights and expertise that will help justice system stakeholders figure out how best to accommodate the non-legal needs of users of the justice system.

One way to shift to a user-centred  perspective is to find ways to include users of the system as collaborators and partners in improving it. Engaging users to design products or services has been successful in other sectors. It is new in the justice system, and so we have to learn how to do it. Early A2JBC collaboratives like the Family Justice Pathfinder provided opportunities to learn, and to demonstrate to justice system stakeholders the value of such an approach.

The roots of the current problem are in the historical colonial relationship between Indigenous and non-Indigenous peoples in Canada, and a lack of recognition and understanding of Indigenous culture. The solutions lie in the path to reconciliation, and guidance can be obtained from the Calls to Action of the Truth and Reconciliation Commission and the UN Declaration of the Rights of Indigenous Peoples.

A2JBC is committed to working with the BC First Nations Justice Council and the Métis Nation of BC on how a user-centred approach to innovation can lead to effective partnership with Indigenous peoples and communities in improving access to justice.

On March 16th, amid rising COVID-19 cases and restrictions, People’s Law School temporarily closed its office to in-person services – traditionally an important source of free legal information. But as this storm knocked the world off balance, for People’s Law School and its experimental, evidence-driven culture, this was momentary turbulence, and its team quickly began to bolster its online offerings…

Jennifer Muller, a former self-represented litigant, is caught in the uncertainty of the justice system responding to the unfolding COVID-19 pandemic.

BC Family Justice Innovation Lab has developed a platform where young people can share their stories.

The Property Assessment Appeal Board has an Online Dispute Resolution service

With an increasing number of self-represented litigants, the process needs to be simplified. 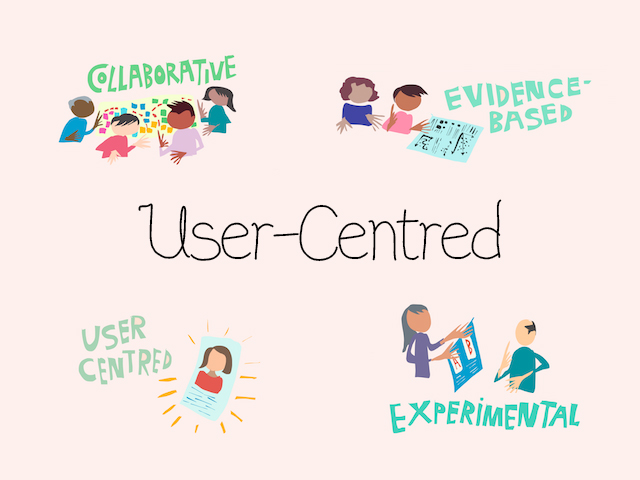