Shift to Being Evidence-Based

A2JBC encourages a culture shift in the justice system towards user-centred, collaborative, and experimental projects and initiatives, which are based on evidence. We call this the A2JBC Approach.

It means a shift towards investing time and energy into policies, programs, projects and initiatives that evidence tells us are needed and will make a difference to access to justice.

“The adoption of the measurement framework by justice system stakeholders will contribute to positive system change by encouraging a logical, focused and transparent approach to measurement that informs justice system policy, programs and innovations, and by generating data to assist in making the case for access to justice funding.”

The Current Lack of Evidence

Programs and projects are evaluated, but often the evaluation is about the program or project outputs, not about its impacts on the user’s experience or on populations. To know what is needed, we need to know what works in the justice system.

Why does the justice system resist measurement?

Underlying the justice sector suspicion about measurement is the thought captured by Albert Einstein: “Not everything that counts can be counted.” The value of the Rule of Law is not easily measured.

There is also concern that the results of the measurement will be used for wrong purposes, without sufficient understanding of the value of what is not measured. This concern is particularly accentuated in a sector where institutional and professional independence is highly valued.

It is also true that measuring takes time and time means money for under-resourced organizations.

Despite these valid concerns, it is crucial to measure.

Also, measuring is a motivator. It has been said that what gets measured is what gets done. A2JBC is about doing something about access to justice. Encouraging and supporting measurement in the justice sector is central to A2JBC’s work.

A2JBC seeks to catalyze action not just for the sake of action, but to produce a significant improvement in access to civil and family justice in the province. Implicit in A2JBC’s Triple Aim is the need to measure all three elements of the Triple Aim to understand whether and how the goal of access to justice is being achieved.

“We don’t know a lot about user experience in the justice system, but from what we do know, few people with legal problems are using the formal legal system. Only seven percent appear before courts or tribunals. Only nineteen percent obtain legal advice.”

The Why, What and How of expanding Access to Justice Innovation and A2JBC’s Role:   A report from the A2JBC Funding Working Group, November 8, 2018

In response to the surge in self-represented litigants bringing family law matters before the courts, Legal Aid BC (LABC) created MyLawBC.com. 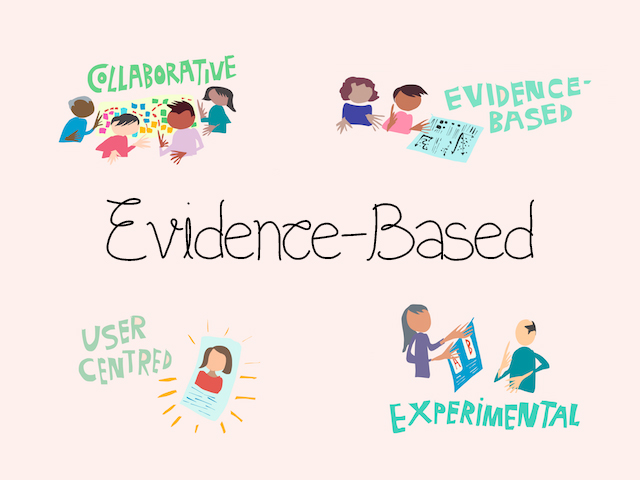