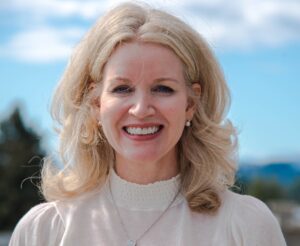 Q. From a user-perspective, how has the COVID-19 crisis affected your access to justice?

I am someone using BC’s Justice System and the COVID-19 crisis impacted my scheduled family law hearing. As everyone agrees, most family law matters have elements of urgency, some considered universally more urgent than others. The courts were quick to respond to how they would manage "urgent" matters. For other matters (apparently considered "non-urgent") in Provincial and Supreme courts, despite regularly released information, there has been a great deal of uncertainty and confusion.

After many months of hearings and subsequent adjournments, my own family law matter was scheduled to be heard in the Supreme Court, when the COVID-19 crisis hit. The finite and limited criteria that identifies which matters may be heard by teleconference confuse not only me, as a user of the justice system but also my counsel. Inquiries have had to be made to the Registrar. The Registrar responded that the judge who had previously seized my matter will get back to us closer to the time of the hearing (now just 15 days away as to whether or not it will be heard as previously scheduled).

So, the way the COVID-19 crisis has impacted access to justice for me, from a user's perspective, is that it has created ongoing (daily) confusion and stress on top of all of the stress that has been ongoing for months while I await some sort of resolution. The lack of clarity and responsiveness from the Supreme Court has also cost me more money, as communications with my lawyer have increased around whether the matter will go forward, contacting the Registrar for clarification, discussions with me around what this might mean, what might come next and so forth. The several hours of additional work for my lawyer, directly increases my costs as a user of the system. Further, the ongoing lack of clarity has resulted in me having to quickly prepare "just in case" the matter goes forward. With just two weeks before my hearing it seems reasonable from a users’ perspective that I be told what the plan is for my seized matter. The additional stress this has caused me, and my daughter, is immeasurable. The longer the matter is shelved by COVID-19 the longer the conflict goes on, the more matters escalate and the more costly it all becomes.

The law firm I have retained is unsure about which and when matters may be heard, resulting in long periods without communication to me (the user of the system). This lack of communication is stressful and could be circumvented with increased direction and clarity from the courts.

The "delay" factor of COVID-19 on family justice matters is dire considering that many family matters that result in court actions are usually high conflict and adversarial to begin with, and urgent in nature to the people who come to the courts in the first place. There are significant increases in stress and costs to the users of the system which impact families and children.

Q. What obstacles to change have you experienced?

The biggest obstacles that I have experienced as a user of the justice system is the lack of clarity in the Supreme Court's communications about which matters may be heard and the plans themselves they have in how to go about proceeding with hearings, those already scheduled as well as those that are needing to be scheduled and heard going forward. I noticed and experienced that the information disseminated from the Supreme Court was not written for users of the system to be able to readily understand. If we consider the extraordinary number of Self Represented Litigants in the courts, communications should be written in a manner that is inclusive of all people.

Further, as I mentioned in Q. 1, many family law matters are "urgent" in some regard, certainly to the people (and their children) that come to the courts immersed in high conflict and adversarial situations. The majority of these matters likely don't qualify for the criteria set out by the Supreme Court for hearings that will be permitted to proceed in that they will take longer than an hour and likely have affidavit material that supersedes 10 pages. I have observed a reticence on the part of the Supreme Court to embrace technology and simply forge forward.
Their reticence is an excellent example of letting the perfect get in the way of the good.

For the courts that have acted boldly, such as the Court of Appeal, there is much to be learned from using technology such as Zoom or potentially other platforms that would aid reducing the need for judges having to travel to remote areas of the province and allow for more matters to potentially be heard. It would potentially reduce the need for users to travel to physical courts. Are courts a place or a service? as others have queried in recent weeks. Perhaps what may show the biggest promise for longer term improved access to justice is the spot light that COVID 19 has put on justice being put on hold and what that feels like for all the people who regularly have no access to the justice system. Technology can go far in assisting matters to be heard when courts are closed but it does little in allowing the public access to lawyers whose fees are prohibitive and prevent ordinary people access to counsel and representation, virtually or otherwise.

COVID-19 provides many opportunities to consider the impact on the users of the justice system, particularly for urgent matters such as the many issues related to family law. The reduced access to courts has a significant increase on the stress levels on families (the users) and delays may escalate many family law issues. Using technology for as many family law matters as possible allows opportunities to minimize delays, which may help to mitigate additional costs for users. Delays impact users and increase the financial impact on families: delays cause increased interactions between parties, and their counsel, resulting in higher costs. If using technology impacts existing Rules or how the court has historically functioned then maybe this is an opportunity to experiment and consider the possibility of adapting or changing rules to better reflect the needs of the public (users).

Q. How, if at all, can A2JBC help you turn this crisis into an opportunity?

This crisis has interrupted access to justice and impacted the users of the system. The most important element of the A2JBC approach is the focus on the user perspective. By adopting the user lens, changing anything is possible. Encouraging the user experience is something that A2JBC can do. We can do this through story-telling, social media and continued efforts focused on the users of the system continuously communicating to stakeholder organizations to adopt the A2JBC approach.

I wrote my answers to these questions in May. It is now June, and I am still waiting with no news about my scheduled hearing other than it has been "adjourned generally". The Supreme Court has released recent orders in response to COVID-19 indicating that matters that can be heard in under two hours may be scheduled provided they meet previously ordered criteria. However, many family matters - urgent to the families needing guidance from the courts - do not meet those criteria.

There are hundreds of users of the justice system that have been impacted by the months of restricted access to the courts. The delay is not the real issue: the problem is that once family matters get significantly delayed new issues present themselves that then add additional layers (e.g., changes in circumstances, new information, increased conflict, etc.) that muddy the waters and change the course of the matter. All of this costs a great deal more money and the ongoing, high-conflict matters that continue to be unresolved have emotional and psychological impacts on families and children that are not healthy.