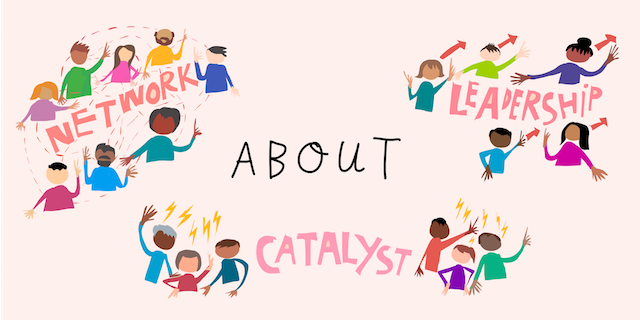 Access to Justice BC (A2JBC) is a collaboration of individuals and organizations committed to improving access to justice in British Columbia and chaired by the Chief Justice of BC.

A2JBC started in response to the national call for action to make family and civil justice more accessible from former Chief Justice Beverley McLachlin and the 2013 Final Report of the Action Committee on Access to Justice in Civil and Family Matters, “A Roadmap for Change”.

The people who make up the A2JBC Leadership Group first came together in 2015. They realized that achieving access to justice would not be easy. Speaking to the Group about his book, “Impact: Six Patterns to Spread Your Social Innovation”, Al Etmanski convinced those gathered that they should think like a movement if they really wanted to impact the intractable problem of access to justice. They chose the name Access to Justice BC (soon shortened to “A2JBC”). Engaging justice system stakeholders in the “movement” became a primary objective of A2JBC.

Finding the How - The A2JBC Approach

By 2016, A2JBC had come to the realization that access to justice is not a complicated problem that justice system “experts” can fix: it is a complex social problem, impacted by many interrelated factors. Solutions emerge only when diverse actors work together and take a systemic approach.

At a strategy meeting in 2017, the group watched a video about how the introduction of wolves into Yellowstone National Park, for the purpose of controlling the deer population, ended up changing the Park’s ecosystem in unexpected ways and for the better. The group decided that A2JBC’s “wolf factor” would be setting the conditions for a culture shift in the justice sector. A2JBC developed the “A2JBC Approach” to access-to-justice action: user-centred, collaborative, experimental and evidence-based.

Aligning Around a Measurable Goal - The A2J Triple Aim

The A2J Triple Aim is an aspirational goal. It is also user-centred and measurable. A cost element is included to encourage a cost-benefit analysis.

In 2019, more than 50 justice sector organizations endorsed A2JBC’s Access to Justice Triple Aim. Their endorsement demonstrates broad cross-sectoral agreement that, indeed, there is an access to justice problem—something we’ve known for years, if not decades—and that we are committed to doing something about it.

“Never doubt that a small group of thoughtful, committed citizens can change the world; indeed, it's the only thing that ever has."

A2JBC depends on the volunteer time spent by the members of its Leadership Group, committees and working groups. Key to fulfilling the catalyst role of A2JBC is the Strategic Coordinator, Allan Castle, whose job it is to strategize, communicate, convene, facilitate, engage and support volunteers and Triple Aim endorsee organizations.

The Leadership Group sets the strategic direction for A2JBC. It currently has 30+ members and is chaired by the Chief Justice of BC. Its membership includes leaders from within the justice system, from the public, and from other sectors.

The Steering Committee, chaired by the Chief Justice, oversees the ongoing work of A2JBC. The leaders of major justice stakeholders fill some of the seats at the Steering Committee table. These include the judiciary, Ministry of Justice, BC First Nations Justice Council, the Law Society, the Legal Services Society, the Law Foundation, and Courthouse Libraries BC. Other seats are for people who can bring diverse perspectives to the table including the academic community, community organizations serving justice system users, other disciplines, self-represented litigants and the public.

The Engagement Committee was first called the Communications Committee but was changed to reflect the fact that in order to be an effective access to justice network, A2JBC needed to do more than communicate – it also needed to engage not just the members of A2JBC groups and committees, but networks across the justice sector and beyond.

The Measurement Working Group is responsible for keeping the justice sector engaged and aligned on the question of access-to-justice metrics and evaluation.